The waterfront in East Perth is such a pretty place to catch up for breakfast. I had the pleasure of meeting Hayley from Primping Perth for breakfast on a sunny Sunday morning.

Considering we have tried to go to Toast for breakfast before we decided to meet a little early however we still had to wait about 15 minutes before getting a seat inside.

We were handed the menu and told we could make our orders at the counter so had a quick look before deciding. 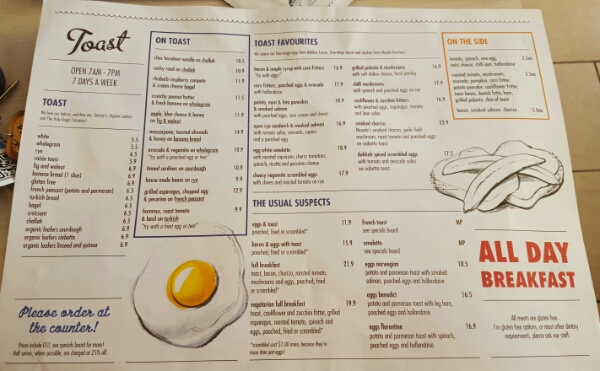 The menu was extremely simple and on looking at it, I knew there would be both toast and eggs on whatever I ordered. I can’t say I was torn between dishes as there weren’t many hugely exciting options on the menu so I decided on the Eggs Florentine ($18.50) + Bacon ($5) and Hayley decided on the Cauliflower and Zucchini Fritters($16.90).
We each ordered drinks, I had a Long Black w/milk and Hayley decided on a Mocha.

As we sat chatting, I noticed a very busy staff and quite a quick turnover at tables. Service was rather quick and it wasn’t long before our drinks arrived. I love the added marshmallows beside Hayley’s Mocha.
The coffee was a delicious blend and the caffeine kick I needed that morning.

Our dishes both arrived at the same time…brownie points for Toast as not every cafe does this. It is particularly impressive when it is so busy also.

The Cauliflower and Zucchini Fritters were a brightly presented dish with the tomato and lime salsa adding a nice pop of colour. Hayley said that the dish was nice but not bursting with flavour.
The asparagus was a small element of the dish and the flavour was overpowered by the mushrooms.The various textures of the dish was probably the best part but it was a rather unbalanced dish and lacked the ‘wow’ factor! 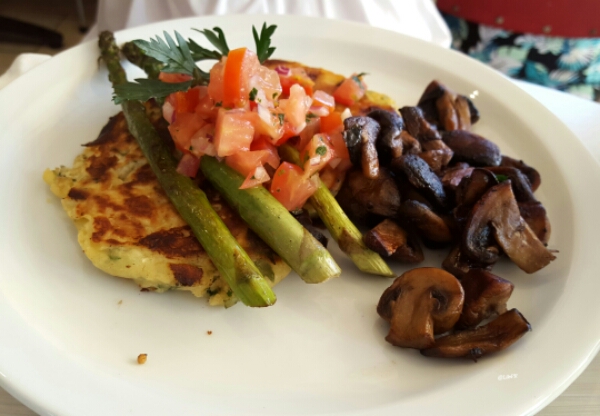 Next up was my dish, the Eggs Florentine. First thing I was keen to try was the spinach. I really enjoyed this part of the dish as it was a new way to dress spinach and was very simple!
The eggs brome easily and the bright yellow yolk streamed out, they were perfect. I also enjoyed the generous serving of bacon and the two large slices of toast. The hollandaise was light and creamy and there was more than enough to coat the poached eggs. I really enjoyed my dish, it was definitely the spinach that was the winner on the plate. 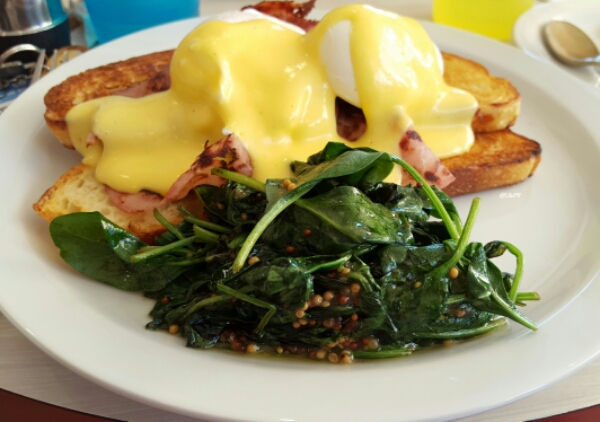 I guess we both had a divided opinion on Toast when judging the dishes we both received but we agreed that there are other places we would both like to try out before returning.
In saying this, I would sooner wait to eat at Toast than eat at The Partisan next door, there is a reason people wait instead of going next door.
The extortionate cost of parking is a huge turnoff at $9 for 1hour, nope that’s not a typo!