Second time round and we made it to The Shorehouse. It’s located in Swanbourne and on telling a friend where I was off to, she replied, ‘Oh you are brave’…I soon learned that she was not talking about the food.

The interior design and decor gives a modern and relaxing beach vibe with a dressy and smarter vibe towards the back of the venue. If seated outside, the views are fab and you might find yourself sitting there a little longer than expected.

A group of six of us gals had arranged to meet at 9.45a.m on a summer’s Saturday. Unfortunately, The Shorehouse don’t take bookings at this time, even for groups, so be prepared for a wait if you are part of a group as a few smaller groups who came after us, were seated before us.

Eventually, we were seated and our menus were on the table in front of us. First look at the menu, this is interesting. First thought, what am I going to order?
Out of a group of 6, 5 ordered Bacon & Eggs with a side of Avocado ($17). I ordered the Potato, Pork belly dish ($23.50) to be a little different as even the waiter got to a point where he said, ‘let me guess, you want the same’.
We also ordered pur usual coffees and one English Breakfast Tea for Ms. OG.
Our coffees arrived shortly after and quite close together. My Long Black was nice!

What about the food you ask?
Well…I was so disappointed with my breakfast, all of the food was able to be hidden under a single fried egg, that’s how little food there was! I think my face told the story as one of my fellow ladies said, ‘That isn’t going to get a good review’.

It was $23.50 and given the choice, I would only have paid something close to half of it. I had the dish eaten in about 4minutes and was still hungry after it.
Don’t get me wrong, everything was lovely on the dish but one egg, a few chunks of pork belly, one squashed potato, a few bits of sausage and caramelised onion does not make a breakfast or a dish worth of that price tag. We were seated indoors so we didn’t have a beachy view to make it better.

I definitely won’t be ordering it again or advise to order it if you are hungry.
Considering the most expensive breakfast was the smallest and most disappointing, I’m not jumping on the band wagon and won’t be in a rush back. 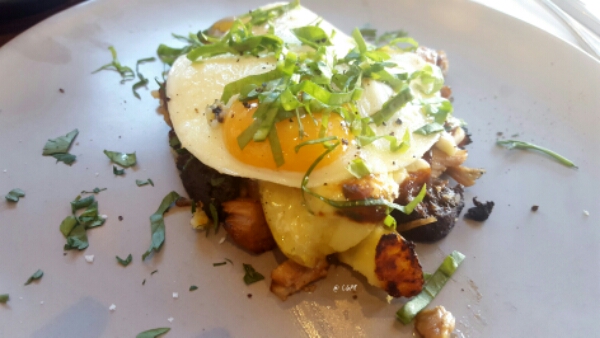 The other breakfast was received much better and filled the girls up before we headed off to the beach but it wasn’t anything special in comparison to other breakfast spots.

There was a small portion of bacon, two small slices to be precise and the compliments on the tomato chutney were flying across the table. All ten poached eggs oozed a runny yolk when pierced which also received a thumbs up all round. One slice of toast was quite small and a few of the ladies said they would have liked more. The avocado was fresh and simple.

I was extremely jealous that I tried the ‘fancy’ dish and missed out on being full after my breakfast. 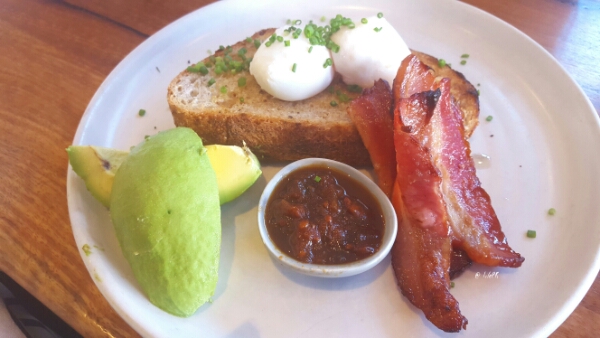 As I mentioned, I won’t be in a rush back for breakfast to The Shorehouse, there are definitely better breakfast spots around the area.

I would recommend, Cimbalino in Cottesloe for a very reasonably priced and tasty breakfast or John Street Cafe which is a little closer to the beach in Cottesloe if that is what you are after.