We woke up early the morning of our first tour so that we had time to have breakfast downstairs in our hotel before our pick up time of 8am.

We wanted to be ready for a long day of touring, it was going to be a busy day. Our breakfast was good but I was glad we had time to grab a good strong coffee before we were picked up. At 8am two guys arrived from MBA Tours & Travel and we were very surprised as we only expected a driver, one was the tour guide and the other was the driver. It instantly made me feel bad for bargaining the cost of the trips thinking of the small percentage they would receive.

Both of the guys were fabulous for the duration of the tour and they pointed out so many different tourist traction as we headed north to our first destination.

Stop One: Coffee Plantation– This was a fantastic first stop! We had a guided tour around the plantation showing us the plants used to and see the ‘Luwak’. This has to be one of the most interesting coffees I have ever tasted as they feed the plants to the animal and use the poo (yes) to make the coffee. It was 60,000IDR to taste the coffee. We had a tasting of some beautiful coffee and teas and I decided to purchase the Rosella Tea. 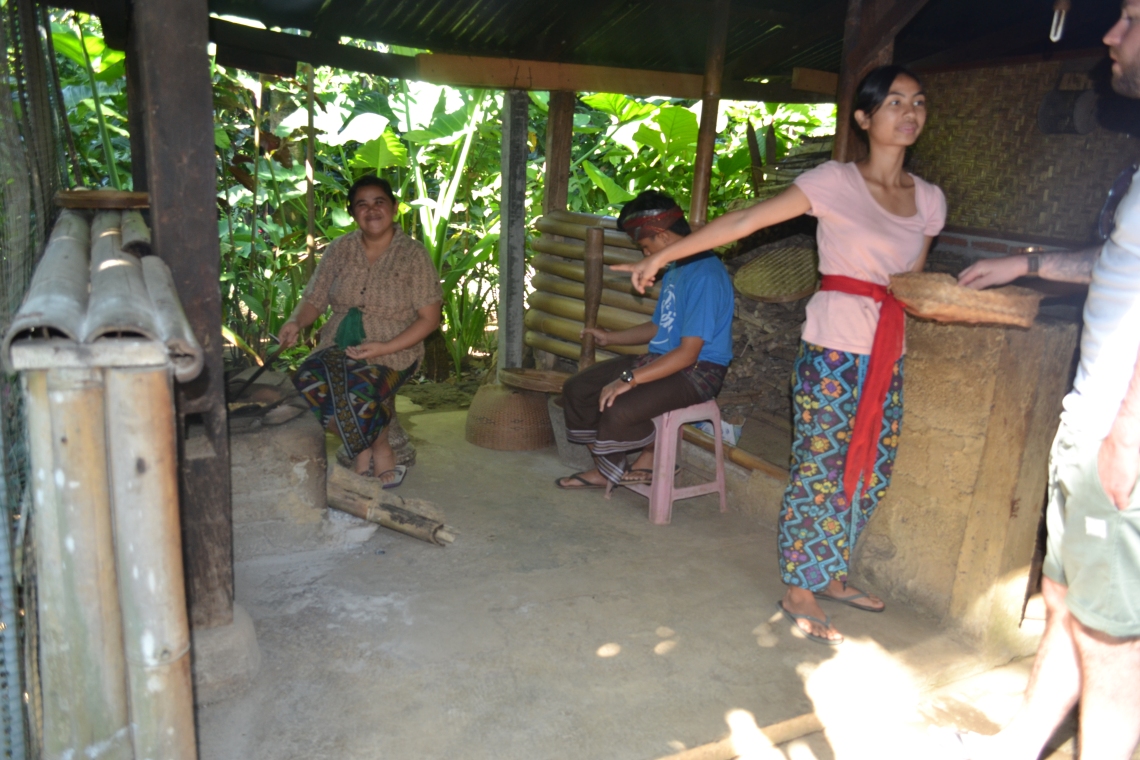 Stop Two: Ulun Danu Beratan- This is the famous temple on the lake and a must see on your tour. The grounds were stunning and dotted with beautiful flowers in the well kept garden. Our guide directed us to an enclosure that house two different kinds of deer, they are endangered on the island.

Stop Three: Rice Fields-It was spectacular to see the rice fields. There weren’t many farmers out on the terraces but we had a chat about how the rice is planted, cared for and harvested. It didn’t sound like an easy job.

Stop Four:Feeding The Monkeys- This rest stop is a meeting point for the monkeys in the trees and typical tourists (like us) who want to get up close and personal. We paid 20,000IDR for a bowl of bananas and peanuts to draw the monkeys closer.

Stop Five: Gigit Waterfall- One of many waterfalls on the island! We walked down a long path to the waterfall with market stalls lining either side. This waterfall is so powerful but visitors can swim in the pools it flows into. I had my swimmers on but the water was a little cold so I opted out of swimming.

Stop Six: Lunch At Lovina Beach- We had lunch at a pretty spot at Lovina Beach. The lunch was an all you can eat buffet with tea and coffee included. We also ordered a an alcoholic drink which wasnt included. The buffet was quite limited in terms of options but we still found enough to fill us up.

We took a walk on Lovina Beach which is visited for its ‘black sand’. I had a different imagine in my head of what it would look like but the difference in this beach and the other beaches, is that the other beaches have white sand. 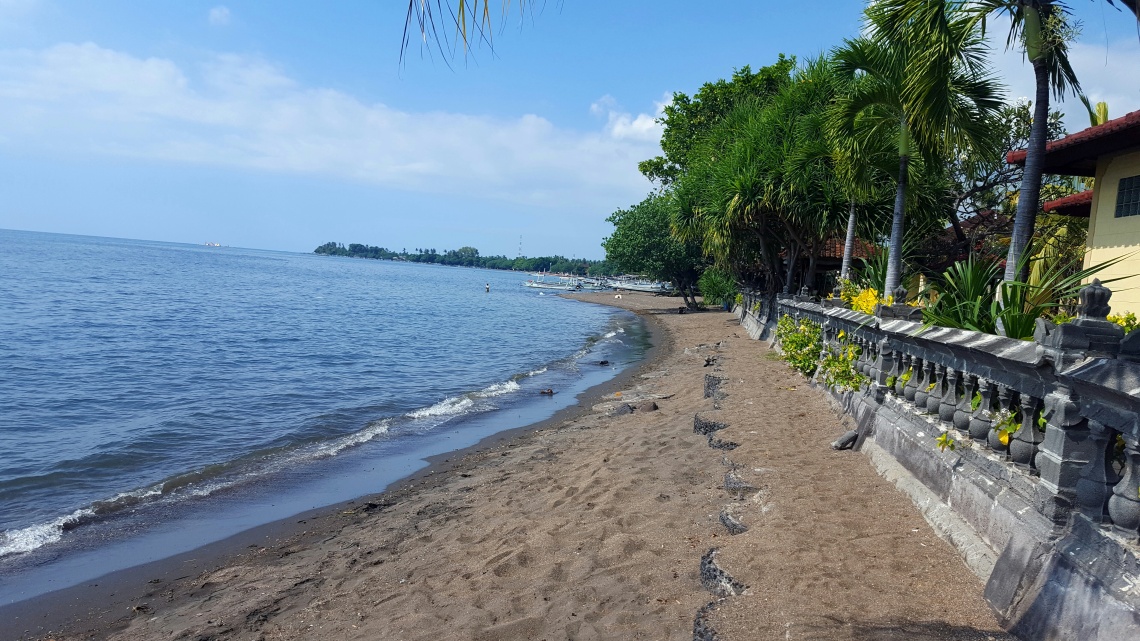 This ended our day trip and I felt like we squeezed a lot into our day. We had quite a long trip back to Legian and arrived back to the hotel around about 7pm.

The tour guide and the driver were great, we were able to stay at each stop for as long as we wanted. We didnt feel rushed throughout the day at all and it all felt so personal, we really enjoyed our day out.