It’s a well known fact that I love going to Melbourne, no matter how long the trip.
On a recent trip, my friend introduced me to Top Paddock, somewhere that appears to have a constant queue out the front.
We tossed up the idea of going somewhere else but Ms. DeG said that it would be worth the wait. Luckily, it was only about ten minutes before our table was called so I was glad we waited. The entrance is very inviting with a huge fire blazing, I wish there had been a table beside it on such a chilly morning. We were seated closer to the door out to the outdoor seating area which wasn’t exactly the best seat in the house. 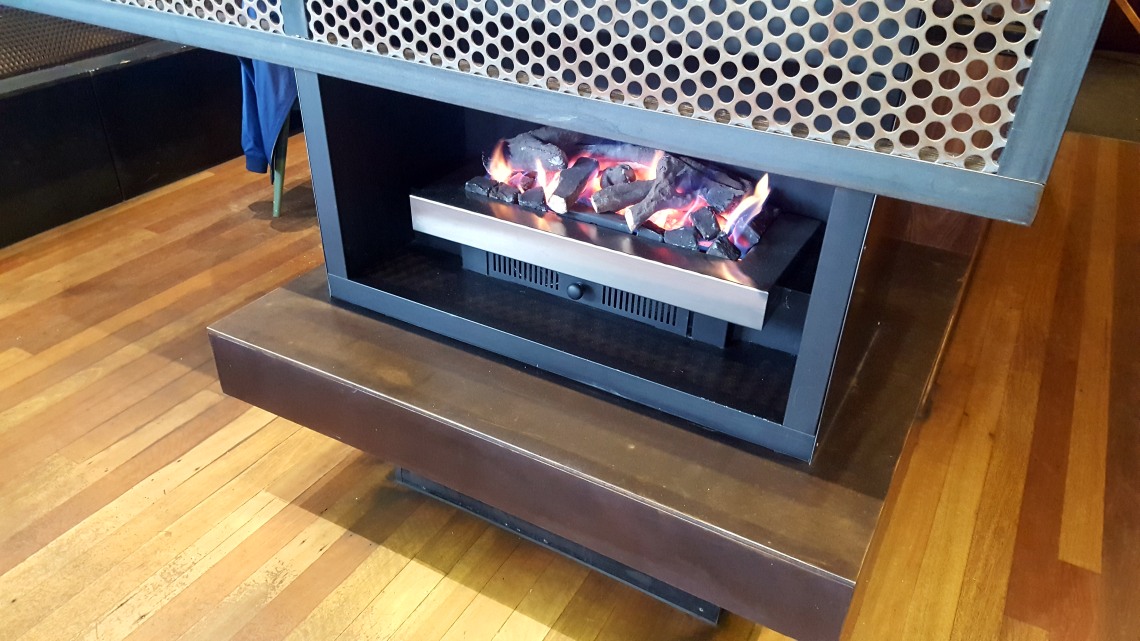 We were given the menus and left to mull them over and asked if we would like to order a long black. Ms. DeG is a Long Black lover, as am I so I asked for the same. I had a think about it and realised that they are served a lot shorter than they are served in Perth so I caught the attention of a waiter. I explained that I wanted to add hot water to mine to make it last a little longer but he seemed rather confused so I said, ‘like an Americano’. This was meant with the response, ‘Here in Australia, we don’t do an Americano, you are not in America but I can ask for a Long Black with extra boiled water and steamed milk’. I was so shocked, I just nodded and agreed. As you might know, I am Irish so an ignorant comment like that happens more often than you might think.

Back to the menu, Ms. DeG was trying to convince me to order the Blueberry & ricotta hotcake with berries, maple syrup, seeds & cream ($21). I decided to go for the Eggs Benedict ($19.50) as I was keen to order an egg dish and I was intrigued by the bacon maple crumb. Ms. DeG decided on the Top Paddock ($22) as she had a hair appointment and didn’t want any hangry feelings appearing before her hair was finished. Our waitress came back to take our order and the coffee arrived, drama free! 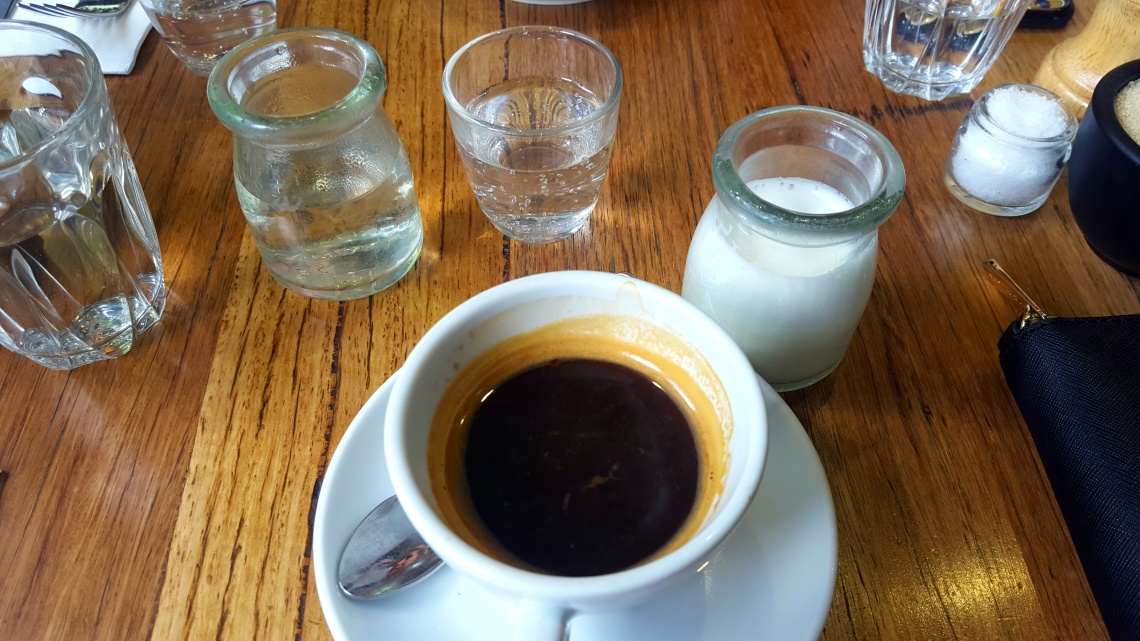 Then came our breakfast, it looked so appetizing and I had no idea where to start! The first thing that caught my eyes was the maple bacon crumb that was lightly dusted over the yellow béarnaise sauce, I couldn’t wait to tuck in. The poached eggs were cooked perfectly and I was more than happy with the béarnaise sauce on first bite. The only thing I found disappointing about this dish was the lack of pork on the pork jowl, it was rather tasty but I was looking forward to some sort of meat on the dish. Overall, I really enjoyed the dish. I had some beautifully toasted bread underneath the eggs, pork, and tasty compressed apple. I don’t think that I would order the dish again for that reason, however, there are many other things on the menu that I would be keen to try. 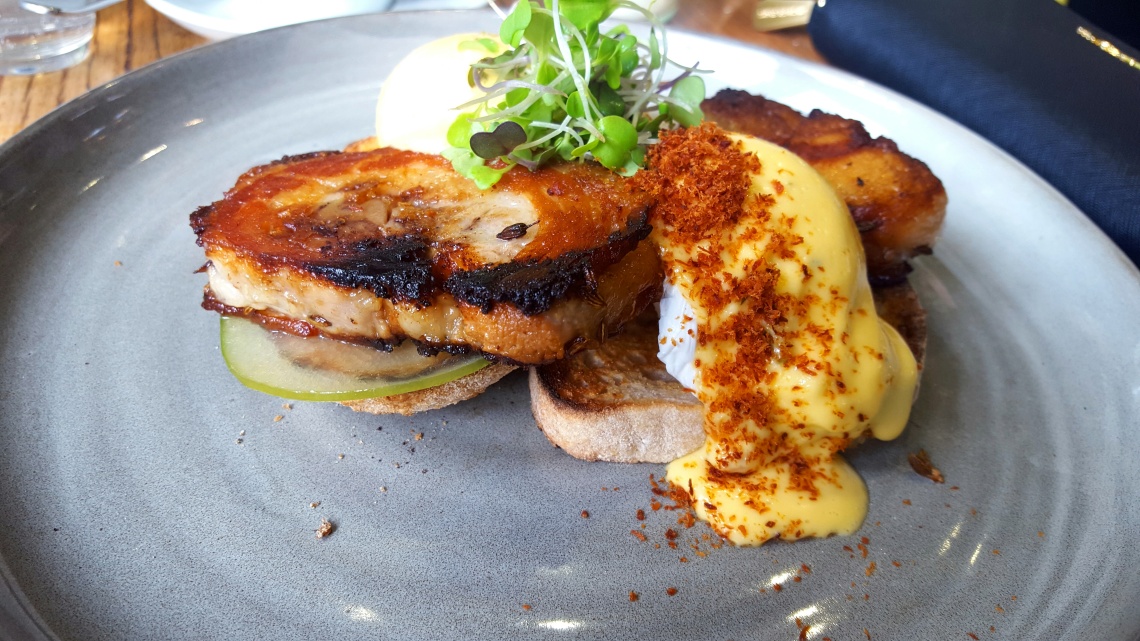 Ms. DeG’s breakfast was probably the most colourful of the two dishes. As I mentioned she wanted breakfast that would be feeling as well as being tasty and I think she got exactly what she asked for. The first thing Ms. DeG did was to peers those two poached eggs and they instantly is just with a runny yellow yolk. All of the vegetables on the planet where softened and complimented each other beautifully. They beautiful purple colour of the pickled red onions remained on the dish and the sweetness of the capsicum worked well with the relish. The bacon was hidden underneath the rate of vegetables and the poached eggs on the dish and Ms. DeG really enjoyed every single element on the plate. 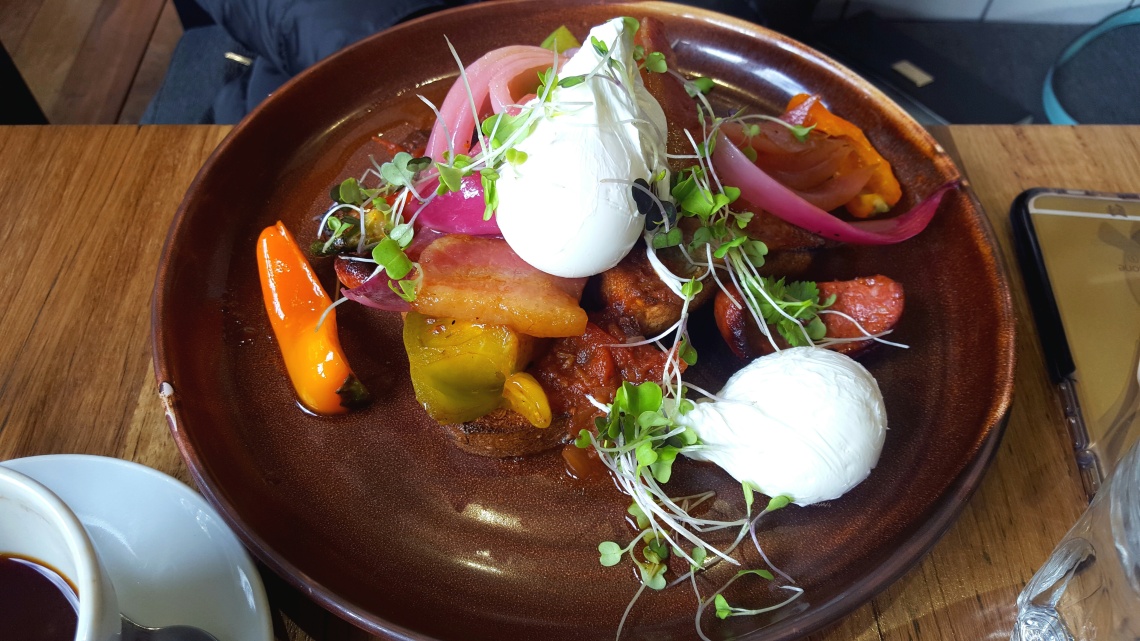 If the option to return to Top Paddock came about again,  I would definitely go and try something else on the menu. I would be extremely excited to try the other pork belly dish as it is accompanied by onions, my favourites fruits, poached eggs and pieces of torn fried bread, how amazing does that sound?